The big, shitty baby has finally turned three, and on this occasion, it has presented a diarrhea-filled diaper of bands representing the best Tianjin has to offer 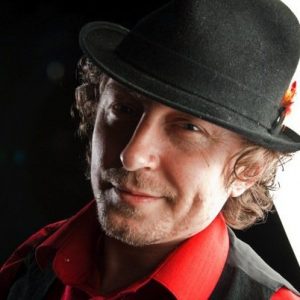 The big, shitty baby has finally turned three, and on this occasion, it has presented a diarrhea-filled diaper of bands representing the best Tianjin has to offer in terms of punk – with a few guests from neighboring cities, as is the custom.

For this edition, eight bands were advertised on the poster, though due to the ongoing uncertain nature of your favorite virus, a few could not attend. Thankfully, highly anticipated acts Gum Bleed and Rectal Wench made it to the show, as they are only a train ride away, being from Beijing.

The show started with local psychos Teddy. It’s always a mystery as to what Teddy’s singer will be wearing on stage. I have seen him don butterfly wings and a pink ballerina dress, underwear and a gimp mask. This show nearly outdid all of those in terms of creativity, as Teddy – The Boys, as they like to be called became Teddy – “The Good Boys”, with the vocalist coming through the crowd with sneakers on his hands, on all fours, with a new gimp mask on his face – literally a human dog. Their set was equally rabid, with songs like “Masturbation Master” and “Noisemaker” allowing mosh pits to open up early and the temperature in the chilly DAFA bar to heat up significantly.

The heat kept rising with the Beijing-based three-piece band Shochu Legion. The heavily tattooed frontman brought the heavy, crusty riffs which the crowd ate up – now in addition to skanking, started jumping on the stage and shouting lyrics into the mic to favorites like “Mask” – which wouldn’t be the last time this would happen.

The next few bands acted more as breathers after the barrage of Teddy and Shochu Legion. Kids Factory played a fairly typical set. This band has been opening a lot of shows at DAFA and are improving with each performance.

Up next were Gum Bleed, whom this crowd is not shy about showing their ever-loving support to. The classic Beijing punk band broke into “Kiss Me, I’m Punk” with the whole floor becoming a moving entity. The microphone was passed along generously, with many fans belting their hearts out to songs like “Punx Save the Human Race.” Every Gum Bleed show at DAFA is a huge event, and this was perhaps their biggest showing, with many fans leaving the venue to go home, after, completely satisfied.

Those who did stick around, though, as the clock went beyond midnight, were the filthy followers of Rectal Wench. The sickest band in China brought the blow-up dolls and even blow-up dinosaurs for this special appearance – not being at one of their own Filthy Parties, but still being filthy enough to want to shower afterwards. The overlord of filth first took the stage with a ski-mask and thong on his head before taking off his pants, unveiling fishnet tights. He put a cute little dress on and then got the fuck off the stage so Rectal Wench could take it. Without a drummer for this show, their sound was similar to when I first saw them back in 2013 in Beijing. This was a rougher, uglier Wench than usual. The blow-up doll was soon degraded and deflated, a shell of her former self. But as the story with their album goes, that is the point – the doll was trying to enslave mankind! The band played a new song this time entitled “Furry” or maybe “Furry Fucker.” It’s good to know the nasty boys are writing in between Filthy Parties.

A cake was brought onstage for the big birthday finale after Wench finished. Hours of punk and gore really brought out the appetite in people, and the patrons feasted while reminiscing about the good time they had. As they say, here’s to a few. Here’s to a few more.

PrevPreviousIt’s a Bloody Good Time with Frank and Zed