Fans of the franchise will get to see cast mates from the third and fourth film reunite and talk about their time together at Hex Halloween Expo in Calgary, Alberta–taking place this weekend.

Anyone who has religiously followed the Nightmare on Elm Street (NoES) franchise will recall that Freddie Kruger is out for revenge. He’s after the children of the parents who killed him, and he is a tough presence to destroy. Add on the spinoffs into comic books, he’ll be around forever and he’s hardly a simple spirit. In Freddy’s Dead: The Final Nightmare, we learn Kruger made a deal with Dream Demons: use fear to feed these malevolent creatures and he can live forever. Fans of the franchise will get to see cast mates from the third and fourth film reunite and talk about their time together at Hex Halloween Expo in Calgary, Alberta–taking place this weekend.

Their goal to destroy the barrier which exists between the Dreaming and physical world is nothing new to folklorists. Some cultures believe there are portals where walking between realms is as simple as finding them in Australia. However, with NoES, there’s a lot more going on. When you can watch the entire series back to back (with the box set available on Amazon), the evil snake-like spirits exist and they think humanity is a plague. As for how much backstory Wes Craven developed to use in the later films, the story and screenplay credit goes to Rachel Talalay and Michael De Luca.

After Nancy has had her time going up against Freddie, the Dream trilogy (Warrior, Masters and Child) saw new heroines take on the charge, and left it at Alice (Lisa Wilcox) and her beau. This actress and entrepreneur feels there’s more to her tale to come (reboot notwithstanding), and has the last word. The next film occurred at an unspecified future which sees the dream demon’s defeat (until the comics brought him back like the evil cat he is).

Most fans know you as the survivor who gets the powers to defeat Freddie in Dream Child, but what other roles do you feel you’re best known for?

Interesting enough, apart from horror, I am also known for a role as “Yuta” on Star Trek: The Next Generation. It was a guest star role, episode “The Vengeance Factor.” I am sadly killed, as in phasered by Captain Riker. As we all know, Star Trek is known for dealing with conflict through communication and negotiation, rather than war and death. Thus, this episode and role became well recognized. In fact, I am a “property” on the Star Trek Next Generation Monopoly Board, known as Yuta the Assassin. I may not have a star on Hollywood Boulevard but heck, I’m happy to accept a spot on the Next Gen Monopoly Board. ????

Are you excited are you for upcoming Hex Horror Festival in Calgary? Knowing that you and Tuesday Knight are great friends who also formed a jewelry company together, how challenging was the friendship in the business world?

I am SUPER excited to visit Calgary. It will be my first convention in Canada. For many years followers in Canada have inquired, “When are you coming to Canada???” Not only horror fans but also Sci-FI/Star Trek. I can’t wait to meet everyone. Regarding Toe Brights, the company that Tuesday and I started, we had an amazing adventure. [Can you] imagine starting a wholesale jewelry company from home and growing it to international proportions?! I am ever so proud of what we accomplished. Without a doubt, mixing friendship with business is more likely than not, a slippery slope. We definitely had some issues but, in the end, our friendship of over 30 years won!

In The Bloody Man, what kind of character are you playing? Are there any details of the story that you are allowed to reveal?

I play a very sympathetic character. A mother tragically killed in an automobile accident. My scenes are for the most part flashbacks. I love this film! Though Tuesday Knight and I are in the same film, we don’t have any scenes together. Next time!

What keeps you interested in appearing in horror films?
Most of my film and TV credits are not horror or Sci-Fi related at all. The roles I have played are all over the map–from soap operas to sitcoms, episodic, comedy and the plays/theatre (including musicals) in the beginning of my career. Since I was wee grasshopper, I was always fascinated with ghosts, the paranormal and vampires. The first novel I read was Bram Stoker’s “Dracula.” I was 10 years old, and assure you, it was not on the reading list for Fourth graders! Over the course of several nights, I read all 408 pages with my electric blanket illuminator light; Then, off to school…

What have you learned from Robert England to become a Dream Master, or is scream queen an appropriate analogy?

Interesting question. Yes, Freddy is a Dream Master, a Nightmare Master. Alice is just learning and beat the odds. As far as Robert himself, we are friends as all of us are. He is my Uncle Robert. We all share tremendous respect for each other. Even better, we all sincerely care about each other. We are a family. I just don’t see myself in the category of “Scream Queen.” Alice is a heroine. Is there a difference? I don’t know. You tell me. I’m definitely screaming for another NoES film to find out what the heck happened to Alice and Jacob!

What’s your take on why the 80’s is a perfect time for horror films?

Horror films have been part of cinematic culture for decades, way before the eighties and most likely will continue for decades after. To me, horror films ARE about being scared or laughable to maintain a grip on the real horrors we must face every day in life. An example, such as Alfred Hitchcock’s films, “The Birds” or “Rear Window” mirror the reality of current societal trauma and scare in that time period. Some of those fears are simply timeless. Horror films seem to reassure us that we are not alone in our fear. Literally or figuratively. 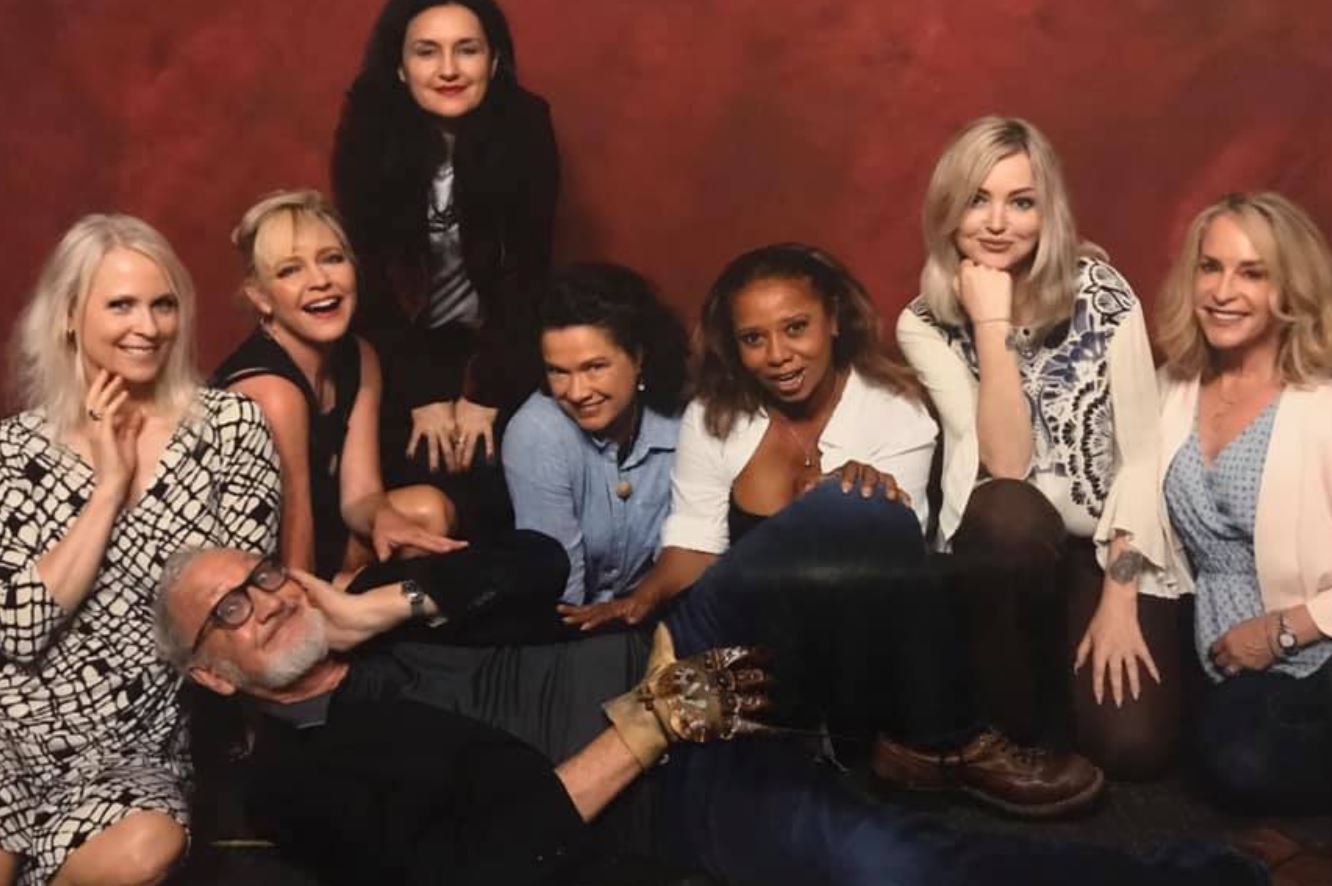 Do you think the Nightmare on Elm Street franchise has a deeper meaning in terms of what Dreams represent? That is, do you believe it draws on other philosophies (either E.A. Poe, Aristotle, Australian Aboriginal beliefs) to construct the world where anyone can shape it?

Sadly, our brain is the least scientifically studied organ. We are learning more about the brain and mental illness despite ourselves; the random killings. Yes–the brain is an organ like our stomach, liver, skin, etc. With that said, despite all the century old studies, observations and writings from scientists to philosophers, we still don’t really know the intent of our brain that manifests dreams. The brain processing information? Yes. To read deeper into dreams as in religious significance, philosophy, searching for an answer to a question we have carried in our brain for decades; we don’t know. I had recurring dreams my whole life. One was where I’m at the Zoo with my mother. An ape pulls me through the bars, takes me to a back door in his jail and I’m thrown in to “The Planet of the Apes.” We ALL have dreams. How nice that there is a commonality, we humans and animals. The meaning remains a question mark.

Intrinsically, I believe our minds and souls work together, since creation. Be your own Dream Master. Sweet Dreams!

PrevPreviousDigging Up the Dread with Pet Sematary
NextTuesday Knight to Guest at Hex Calgary!Next