Behind the Scenes and The Future of Jackhammer the Movie

"It is amazing how many folks came out of the woodwork to help," says Guy Christie, "From the cameos to local support, everyone who worked on the set really wanted to be there."

Jackhammer the Movie is one of those oddball comedies that needs to be seen to be believed. It delves into the world of male stripping, and not many films tread into this particular territory. This product made its big screen debut at the Victoria Film Festival ‘13 and for the people involved, they want to let this product loose to the world in more ways than one, even months after this show.

Mike Hanus wrote the original treatment and he brought the idea to the fore after working with Guy Christie in another film called “Sweet Amerika,” by R. Paul Dhillon. The two fine-tuned the product and was very receptive to changes even during filming by cast and crew alike.

Hanus says, “The story was different initially and a lot of enjoyable moments were cut. When we got the cameos, we rewrote the script.”

For example, an extended sequence of Julius (Christie)’s long day from hell in the opening act was trimmed to make the movie flow smoother. To pull off effective comedy, Christie and Hanus explains that it has to be tight and fast-moving. That meant removing a scene where audiences meet Jackhammer’s spy-paranoid mom and see Julius face-off against the supernatural that involved Goth chicks with a fetish for strawberries, a Minotaur and a Witch Doctor.

Another crazy moment included a scene where Julius gets seduced by Frederick (Jason Berkhart), a male-stripper superstar turned coach. “Here, I’m doing squats with the bar bell and he’s spotting me,” says Christie, “He was holding my chest and whispering sexually into my ear, ‘I can feel your heart.’ I was trying very hard not to laugh.”

The production crew kept the gaffaws in otherwise more filming would have been required. Despite having filmed more scenes than really needed anyways, a few of these cutting room floor antics might appear as deleted scenes when a video release happens. The changes allowed the great supporting cast of comedians, like Nicole Sullivan (MadTV), Robb Wells (Trailer Park Boys) and Jamie Kennedy (Scream), to make their stamp on this production too. 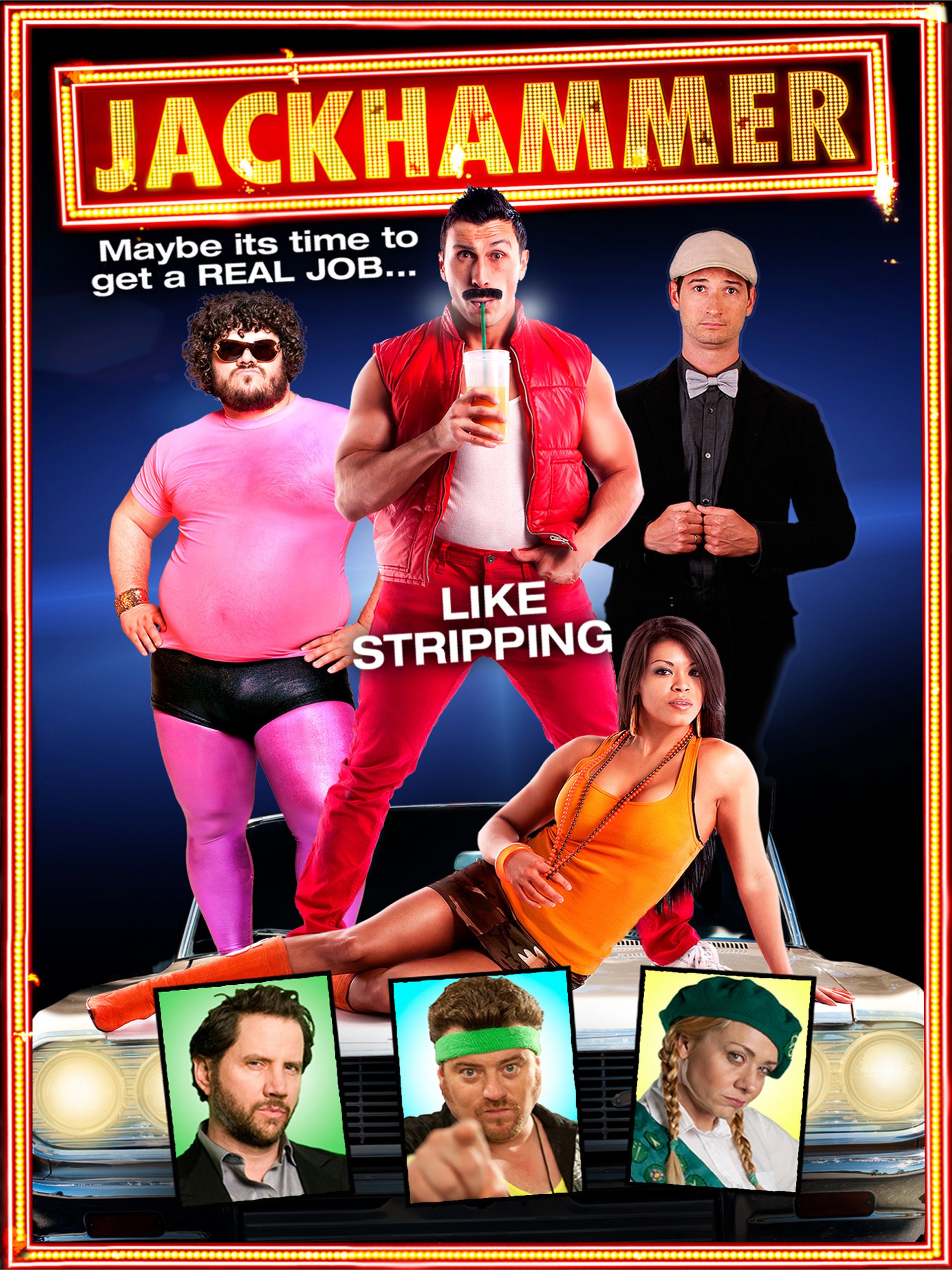 “It is amazing how many folks came out of the woodwork to help,” says Christie, “From the cameos to local support, everyone who worked on the set really wanted to be there. Mike has such a strong positive attitude and he attracted so many like-minded people to our project.”

“We created such a good energy on set,” said Hanus, “And everybody is there to have fun and contribute. If people have an idea, they’re allowed to voice it.”

And that included plenty of improvised moments.

“With Jamie Kennedy, we wrote four different pieces of dialogue and we were depending on him and his writing team to polish it,” says Christie, “Instead, he amalgamated them all. He must have come up with 40 of his own gems as well!”

This actor also reveals that most of Pamela Anderson’s telephone conversation scenes were improvised. They wrote a few lines after learning she was to appear the night before, but the best was with what she did on her own. And to have this kind of star power goes a long way to getting a local product recognized in a larger market.

“This project obviously has been a learning lesson and it has its limitations,” says Hanus, “but luckily we have the performance and the story to outweigh that. Having good content is more important than anything. “

And Hanus and Christie are going to have this film playing in select film festivals nation-wide. The next showing will be at the Friars Comedy Film Festival in New York City. But the road travelled is not going to end there.

A television ‘sequel’ is in the works with producer McKinley Hlady being the driving force behind that project. As for whether or not that will happen, according to Hanus, it depends. “We have 30 episodes roughly written and we’re working with a Los Angeles producer who is going to talk to some of the networks that he has relationships with,” says Hanus.

At least these actors and their fellow co-stars will thrust ahead, no matter what, with their own projects that they’ll tag-team on. Fans of Christie and Hanus’ product will be glad to know they do have another film in the works.